Since few weeks now there have been rumors that instagram would like to remove likes on its platform.

Restrict the race to likes

The objectives of the platform held by Facebook are multiple.

At first, the goal is for users to focus on the quality of the posts and not on the number of likes generated.

Then, to fight against false influencers and false accounts, instagram understood that the best solution was to remove likes. Thus, it will no longer be possible to buy likes, the product most purchased on marketplaces dedicated to social networks.

Do not penalize influence marketing

However, users will still have access to the number of likes generated by the publication, but it will not be visible to other people.

Since many brands use this commitment data as a basis for measuring the impact of an influence campaign, it seems difficult to remove it completely.

In addition, KPIs such as comments or sharing will consequently be more observed by brands that form partnerships with influencers.

An advantage for influence agencies

Agencies that already have a profile database can take advantage of this feature, as the influencer knows his number of likes, he can communicate it to the partner agency.

A first phase of testing in Canada 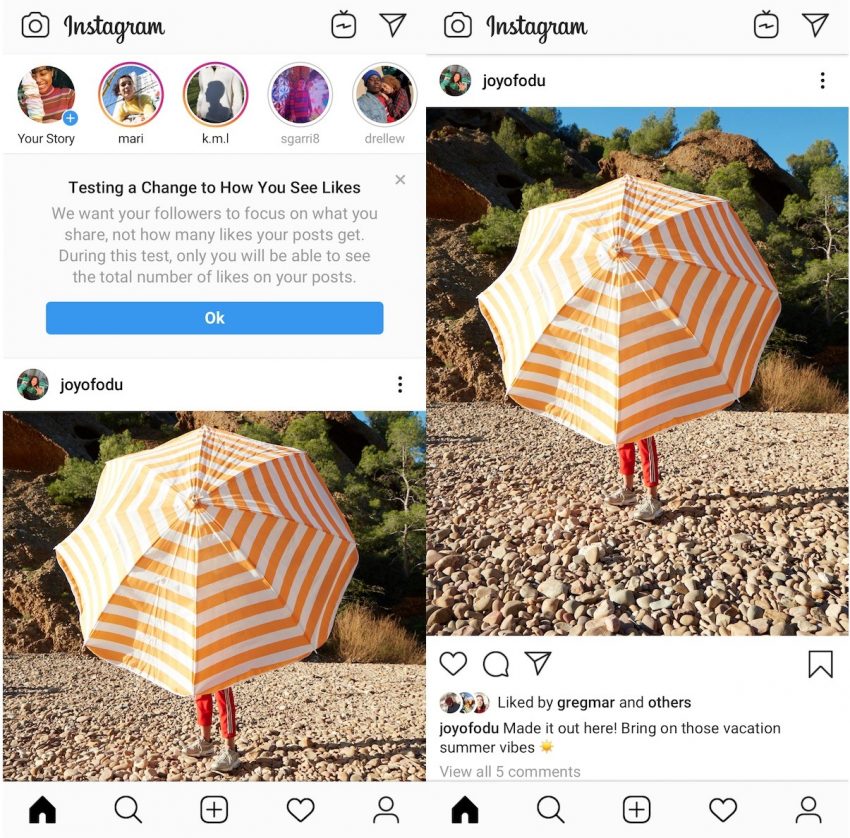 In Canada the new version of instagram is in the test phase, nothing changes except the likes counter, which is no longer displayed, so the likes still exist, but are just hidden.

An instagram without likes will probably never see the light of day, but the metrics of the posts will be more and more discreet, to give way to the content.